News
You are here: Home1 / News2 / News3 / Advocacy4 / Why Chase St. Underscores the Need for an Improved Complete Streets Po... 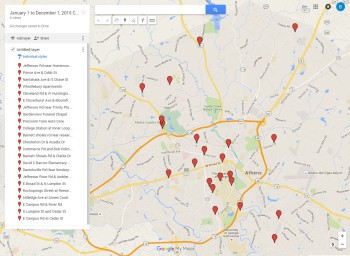 UPDATE: Commissioner Melissa Link will likely introduce a Commission Defined-Option to address drivers’ concerns about the re-design of Chase St. between Boulevard and Rowe.  We appreciate her work on the issue; here is our take on the year-long effort to improve Chase Street for all modes of travel.

After a year of review, ACC recently released plans for new designs for Chase Street.  Near Chase Elementary, the designs included a crosswalk to serve students walking to school from the east; further down the street, the plans removed the center turn lane between Boulevard and Rowe. Staff presented this design after their professional analysis revealed the reconfiguration would introduce minimal delay, while creating space for bike improvements.  The previously suggested 4-lane to 5-lane conversion (2 travel lanes /  center turn lane / 2 bike lanes) between Rowe and Newton Bridge remained unchanged from the last round of public comment.  Not surprisingly, BikeAthens supports increasing the number of bike lanes in town and on Chase St.  Arterials without bike infrastructure carry a higher crash risk, and contradicts ACC’s mission of “facilitating a positive environment for individuals to obtain a high quality of life […] by providing innovating, high quality services and responsible stewardship of the community’s resources.”  In the next few years, new developments, like the Southern Mills, will bring even more people to the Chase St. area—people that will be expecting transportation choices.

At the April 19th Mayor and Commission Agenda Setting meeting, two residents of N. Chase Street worried about removing the center turn lane because of concerns the removal may make it more dangerous to enter and exit their driveways.  Now, we will not discount their experience, just as they would not discount ours.  So we have a terrible situation: people who bike on Chase risk being hit by fast moving traffic; people who live on the street think removing a shared center turn lane will place them at greater risk for a car collision as they enter and exit their driveways.  How can the Commission balance such scales?  Who must bear the brunt of the Commission’s final decision? 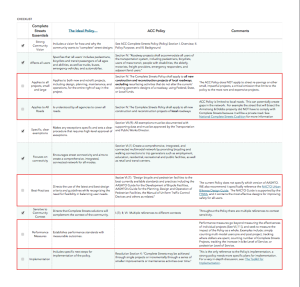 Moving on up!
Scroll to top