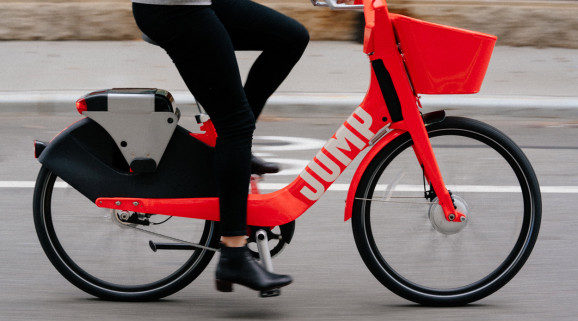 At the November 20th Mayor and Commission Agenda Setting, the Commission revealed their plans to deal with the invasion of Bird scooters. The “emergency legislation” will ban the scooters and require their removal. It will also temporarily ban many forms of bike share. We do not support this moratorium.

For the immediate preservation of the public peace, health, and safety, the Mayor and Commission has initiated emergency legislation to address the hazards posed by shareable dockless mobility devices placed in and operated on public property until a more permanent solution involving a pilot franchise program may be put in place.

“Dockless” means that the device does not require or allow the individual user to return the device to a fixed station with locking mechanisms that are designed to charge and / or store the device once the user has completed their use of the device. (emphasis ours)

On its face this language only allows the most traditional bike share docks. Traditional bike share docks have proprietary technology that locks bike-share bikes in place while charging the bikes’ electronics and lights. These systems are very expensive to install and maintain. Some “dockless” bikes allow you to leave your bike anywhere. Some “dockless” bike have a built-in U-lock that allows you to lock to a bike rack. It is not easy to draw bright lines between “docked” and “dockless. Today, most bike share systems are a hybrid of docked and dockless.

More charitably, perhaps this language means a “docked” bike system must merely allow a fixed drop-off point (fixed station), plus a way to lock the bike (with locking mechanisms). Defined in this looser way, the ban may not apply to many hybrid or dockless  systems. If the ban does not apply to a lot of bike share systems, why include bikes? The technology on the bikes would not change, but altering our interpretation of the definition makes the difference between a banned “dockless” bike and an legal “docked” bike. As we said, confusing.

Even if the ban precisely targeted only truly dockless systems, we still do not agree that a ban is the best solution. Because of economic pressure and the expense of installing a docked bike share system, the bikes are often not equitably distributed. Lower income neighborhoods and neighborhoods with people of color are often excluded. There are indications that dockless and hybrid bike share systems are more popular with people of color. Cities like Chicago, Baltimore, Boulder, Durham, St. Louis, and others allow dockless transportation. They have all gone the extra step of adopting regulations to require equitable placement of shared bikes and scooters.

We understand that this is a temporary ban. We do not understand why Athens-Clarke County is taking such a drastic step. If the ban is so short that it is not worth speaking out against, than perhaps it is too short to be worthwhile. Perhaps it is not worth publicly authorizing emergency legislation that labels shared active transportation as a hazard to the public peace, health, and safety. Perhaps the ban should not be passed. There are numerous examples to regulate dockless bikes and shared active transportation while still encouraging innovation and promoting equity. There are entire frameworks for the regulation of shared active transportation. Rather than metaphorically closing the gates of Athens, why not be proactive, become leaders, and an example for other cities to follow?

*Since September, three people in Athens-Clarke County have been killed while walking: Patricia Barker, Leona Englert, and Lewis Shropshire all died after being hit by people driving cars. Dick Field was critically injured this summer after a car hit him. We do not think e-scooters and dockless bike share are the real hazard to Athens peace, health, and safety.

A year-end message from our board president
Scroll to top