At BikeAthens, we can’t think of a better way to celebrate the end of summer than with a bike ride through some of Athens’ historic neighborhoods to catch some shows during this year’s PorchFest (Sunday, October 2nd). This annual outdoor event, organized by Historic Athens, is a community-wide concert with over 155 events on 150+ porches in some of Athens’ oldest neighborhoods: Boulevard, Buena Vista, Cobbham, Newtown, Normaltown, and Pulaski Heights.

This event is a rare, bikable opportunity in our car-centric state, so we challenge you to break out your bike and join us. Below is a calendar of free events to support folks of all experience levels get ready to bike PorchFest 2022!

While at PorchFest this year, we urge you to check out the new protected bike lanes on Prince Avenue. 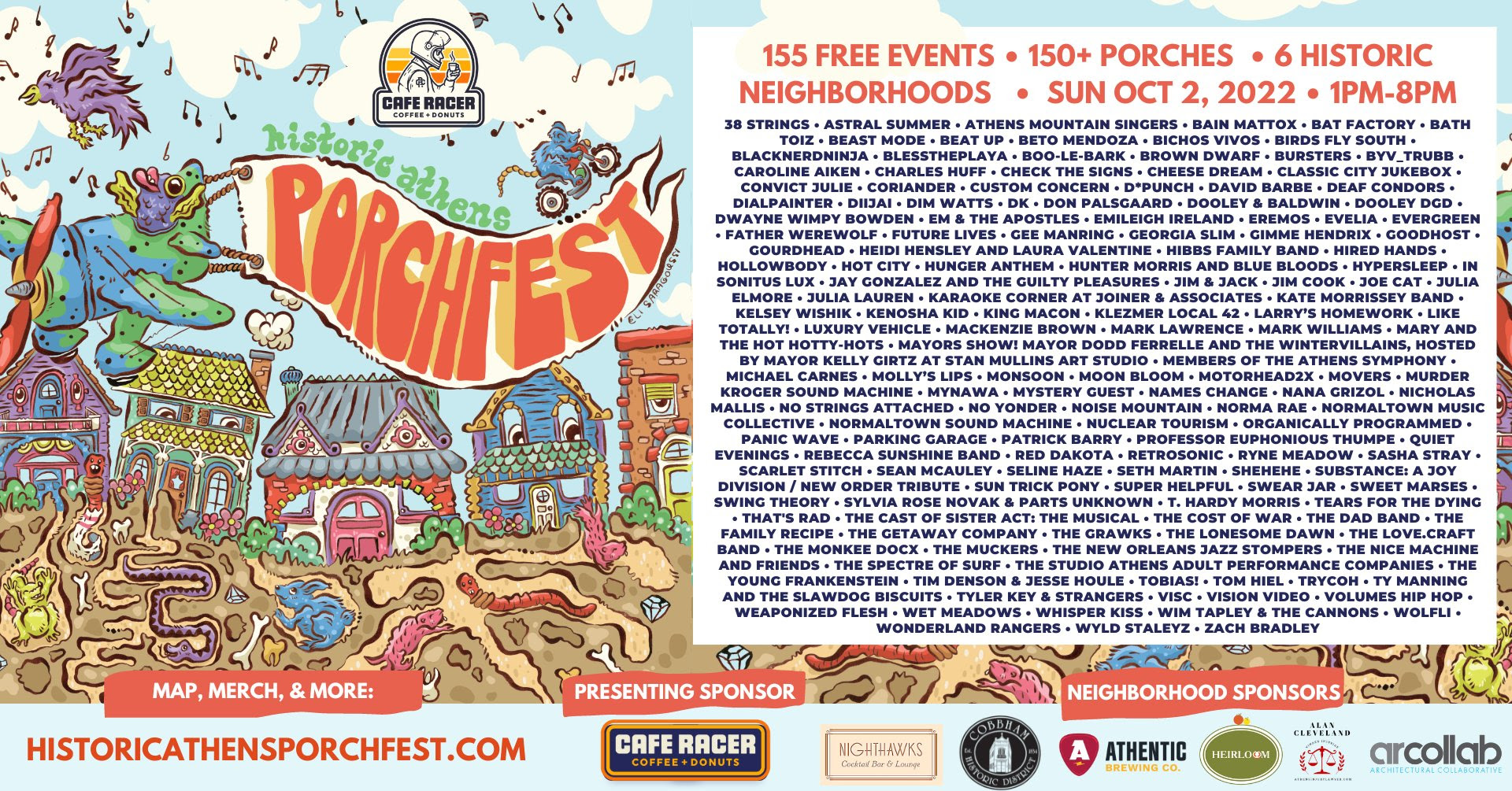 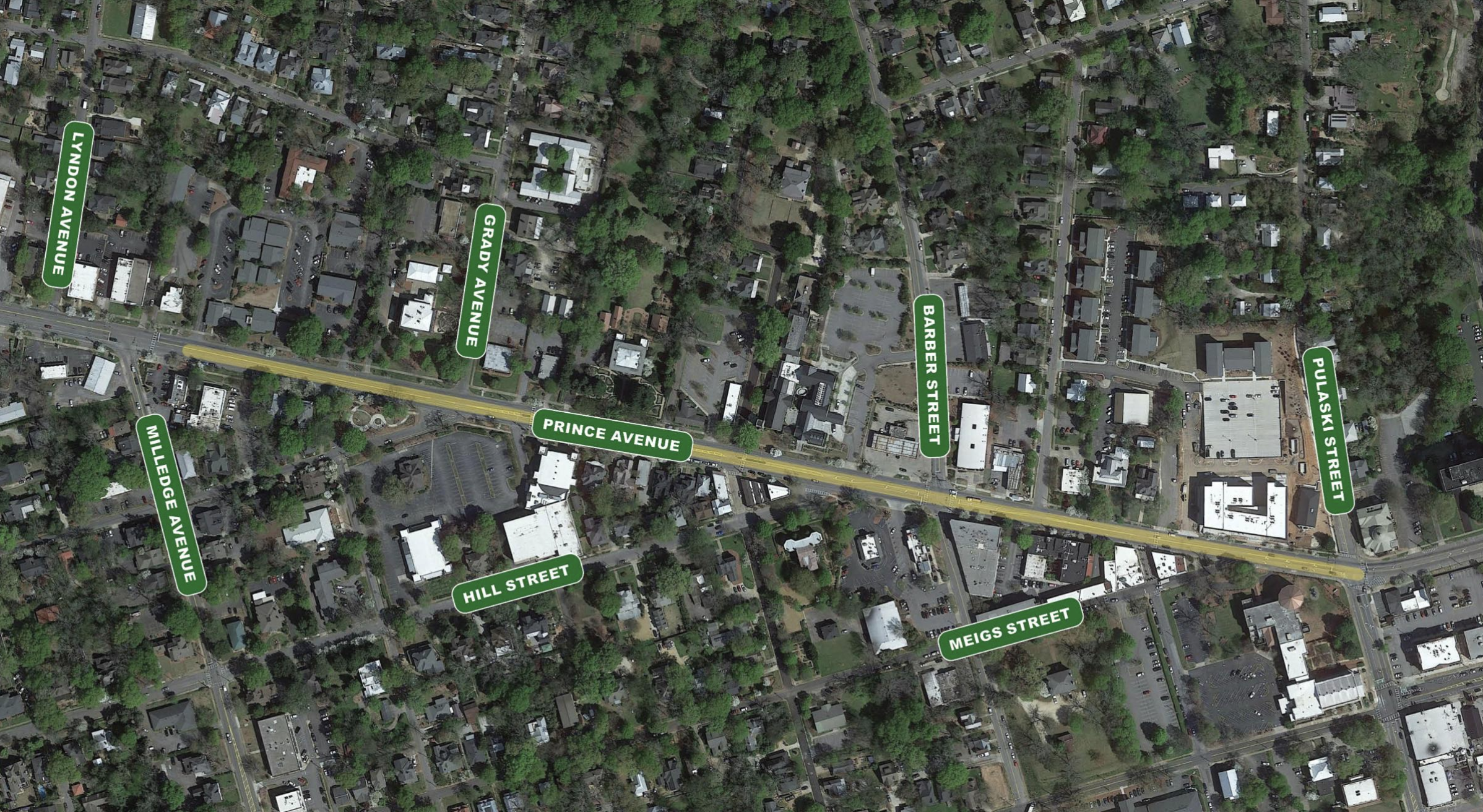 Prince Avenue is scheduled for a pilot project in September so Athens-Clarke county officials can test changes aimed at slowing down traffic on the fast-moving corridor, making it safer for cyclists and pedestrians as well as drivers.

Any opportunity for better bike infrastructure is a huge win for Athens, but this project in particular is worth celebrating! The Prince Avenue corridor is an important roadway to many popular services and businesses, and it is surrounded by neighborhoods that support biking — a 2012 ACC study found that 10.5% of workers in the Boulevard area use bicycles as their main mode of transportation. That’s a huge number, especially compared to the nation as a whole: 0.38%.

Unfortunately, Prince Avenue had grown more and more congested over the past decade, and it has become less safe for cyclists, pedestrians, and drivers alike. This road diet will slow down traffic without increasing commuting time, all while protecting and encouraging cyclists. It’s a win-win for everyone.

To learn more about the project, check out the ACC’s Prince Avenue Project Story Map. There you’ll learn details of the planned changes and the history of the project. Once the study period begins, and the protected bike lanes are ready to ride, there will be a form for you to send your thoughts on the project to the ACC commissioners and transportation teams.

“Hopefully, this will get us to a point where more people will readily and happily hop on their bikes and not get into a car and spew more greenhouse gasses into the atmosphere […] On another note, this will improve safety and very likely save lives.”

“Without protection, we won’t see children, we won’t see commuters using bicycle lanes. The bike is the answer and we need to be putting down these [protections] on every single bike lane that we possibly can, because a stripe of paint on a road is not a bike lane.” 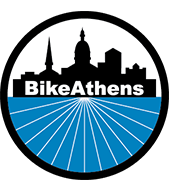