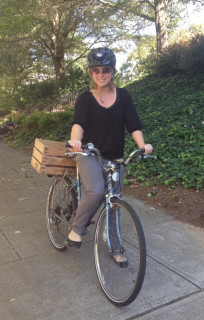 Athens, Ga. — At a time when money was tight and gas prices were steep, one woman made a vow never to be dependent upon a car again.

Lauren Blais had made $60 in tips waitressing—a really good amount for a Monday night, if you ask her. After a long shift at work she climbed in her car only to find the bright orange gas dial pointing toward empty.

“Every penny I made that night went into that gas tank,” Blais said. “I started to cry. I felt like I hadn’t worked at all. All the money had gone into getting me to and from my part-time job.” 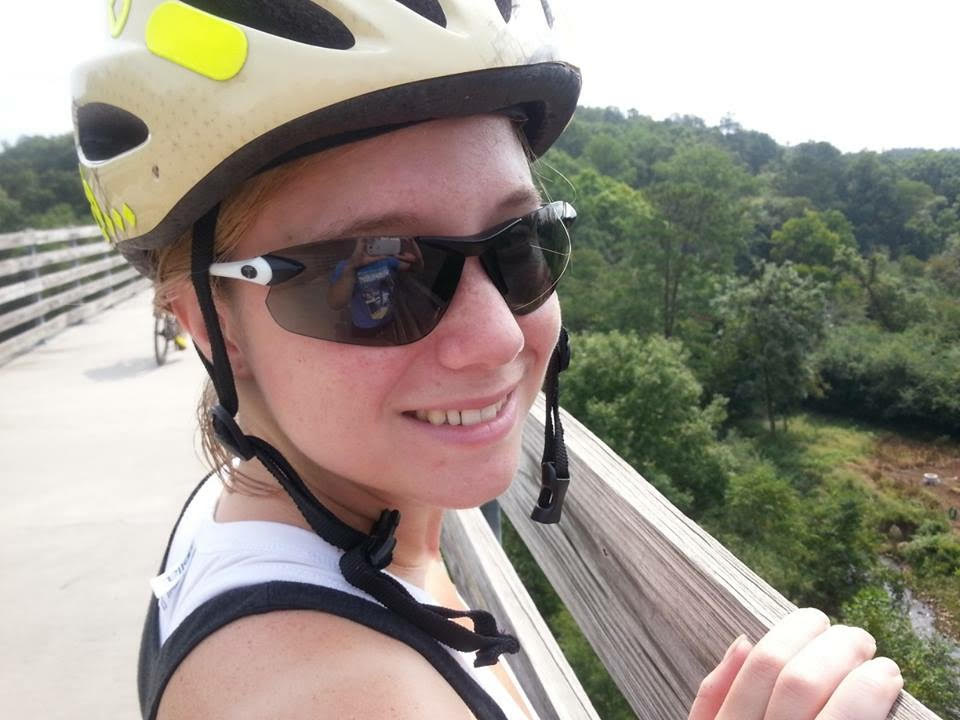 Having been commuting from her house in Jefferson to Gainesville, Winder and Athens for five years, Blais was ready for a change. In 2011, she moved to Athens where she held true to her vow to break free from her gas-guzzling mode of transportation.

Despite not having stepped foot on a bicycle since she was a kid, Blais made contact with BikeAthens and attended their Bike Recycling Program’s used bike sale where she bought her 1980s cruiser-road bike, which she named Bluebelle-a-RoTo, or Bluebelle for short. 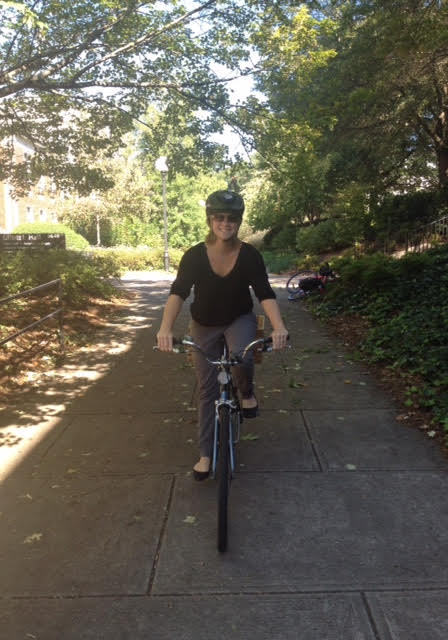 “I feel like I am a BikeAthens success story,” Blais said. “I came from suburbia and could hardly ride a bike, but because of BikeAthens I have become a regular commuter who understands her rights and responsibilities on the road.”

As a result, Blais’s days are much different. Every morning, Blais checks the weather and uses her “personal formula” to determine how best to dress for the ride and the rest of the workday. Her rule of thumb is to wear one less layer than she would normally wear if she were not riding her bike to work. Then, she straps on her helmet, tugs on her $4 orange construction vest from Harbor Freight and flicks on her bike lights. Toting some of her belongings on her back, Blais puts the remaining items into a wooden, recycled cilantro crate she attached to the back of Bluebelle, and cruises 2.6 miles up Milledge and over Lumpkin Street into work on her bike. “If I am feeling lazy, I’ll take the longer route further up Milledge that doesn’t have as many hills,” Blais said.

Once in the office, Blais removes as many layers of clothing as possible. In the warmer months she borrows her co-worker’s fan for five or ten minutes to cool off. For Blais, one perk of biking to work is that she always gets a front row parking space. An even better benefit, she says, is that she comes to the office fully awake, energized and ready to take on the day.

Though biking is Blais’ primary form of transportation, she also uses the bus system, walks or asks a friend for a ride. “Biking doesn’t have to be an all or nothing commitment,” Blais said. “Like a growing number of millennials, I consider myself multimodal.” 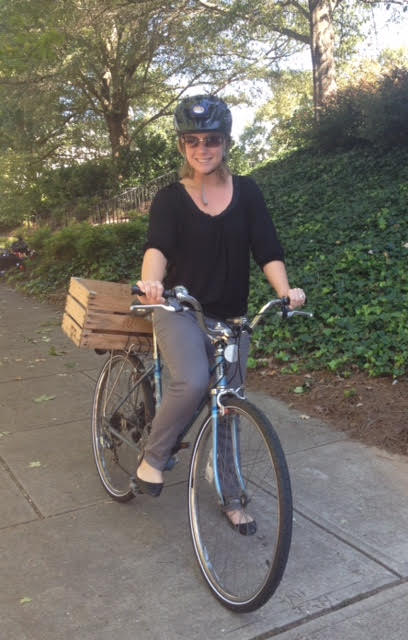 What started as a transportation activity to save some money, has quickly turned into a hobby, passion and new lifestyle choice for Blais. Biking has also brought Blais closer to the Athens community. “While I’m out on my bike, I frequently see folks I know, and it’s easy to pull over and have a brief chat, or bike with someone for a minute.” Encounters such as this, make Blais feel even more connected with Athens.

When she’s not biking, Blais enjoys walking around Athens and exploring neighborhoods. She also takes aerial dance classes at Canopy. “I’ve become more physically active as I’ve gotten older, and biking is just one of the ways this new lifestyle manifests itself,” Blais said.