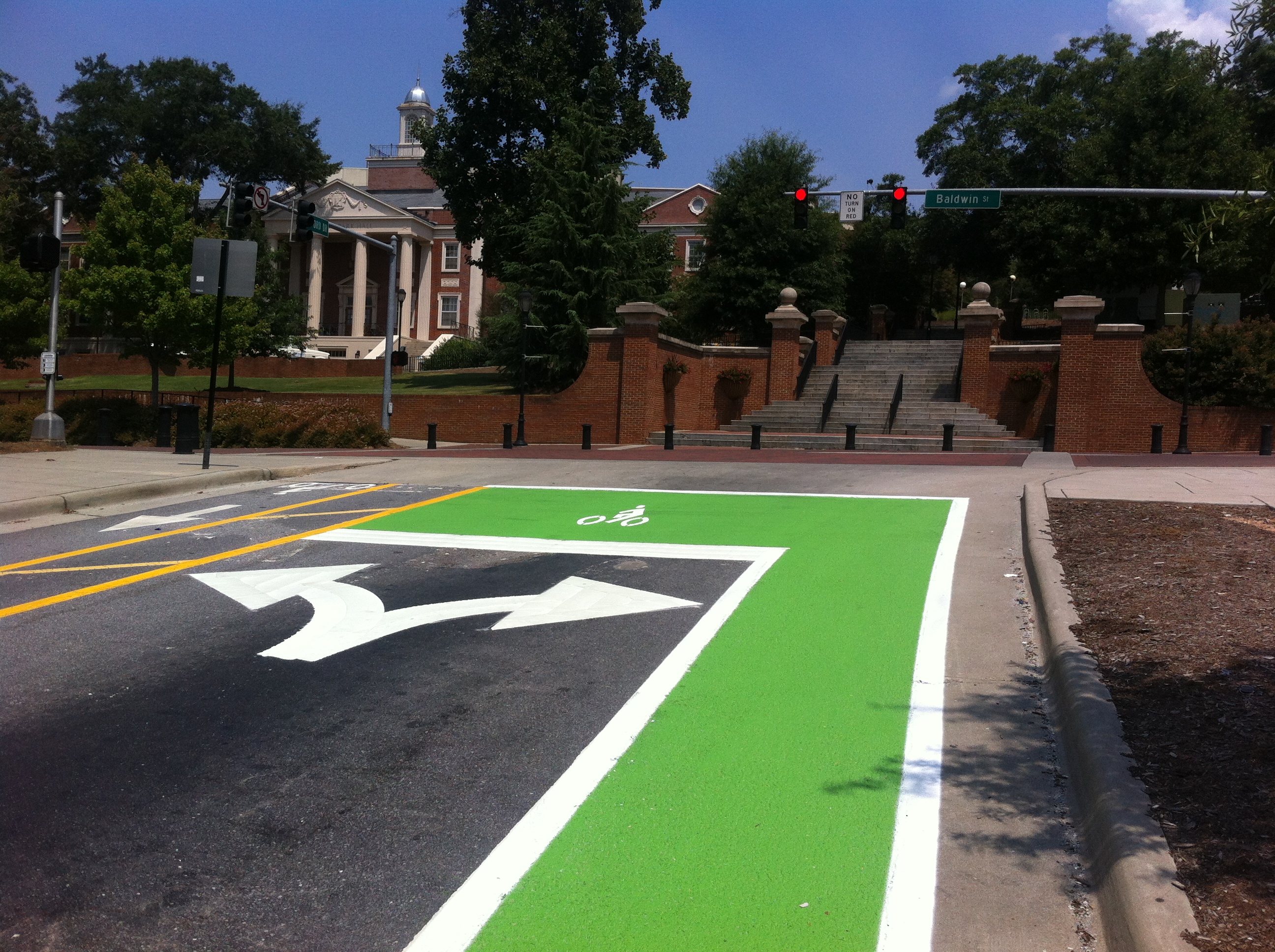 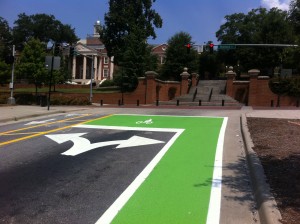 The bike box allows cyclists to wait in a more visible position–in front of the bus!

UGA just installed some cool new bike infrastructure on campus!  As Sanford Drive approaches the Baldwin St, it narrows to become a bus-only one-way street.  In 2011-2012, BikeAthens worked with community partners and UGA Police to install a counter-flow bike lane on the downhill section (more info here).  This summer, UGA upgraded Sanford again!  The uphill section now features Athens first green lane and bike box! The downhill section includes Athens first buffered bike lane and protected lane.  It may be only a block, but you have start somewhere!

Here is what the green lane and bike box look like for cyclists: 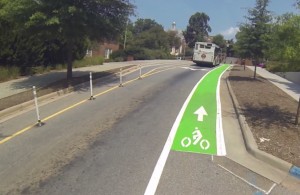 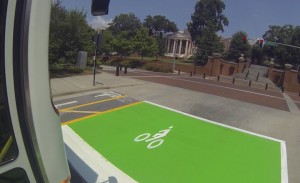 The bike box allows cyclists to wait at the light, in front of the bus

Here is the cycle track (note: as you can see it is still under construction): 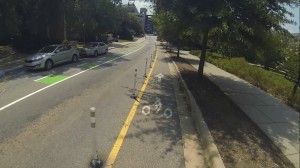 The flexposts provide physical separation between bikes and on-coming buses

The green lane and bike box combine to make cyclists more visible at intersections.   The Buses must stop before the bike box; cyclists can wait inside the green painted area.  Since bikes can accelerate through an intersection more quickly than a bus, the bikes wait in front of the bus (rather than lining up in the buses blind sport further down the hill).  The bikes visibly and easily clear the intersection before the bus.

Down the hill, we see the “mixing-zone.”  Here the green “skip lines” clearly highlight the bike lane, but the line indicate—to both driver and cyclists—that cars may cross the bike lane to enter and exit parking. 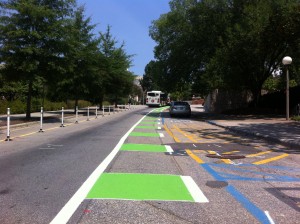 These “skip lines” keep the bike lane visible, while signaling to both drivers and cyclists that cars may cross the bike lane

On the downhill section, the contra-flow bike lane begins with a buffered lane, and then it transitions to a fully protected lane: 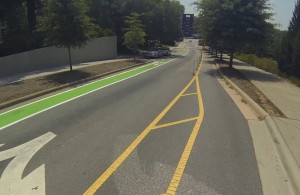 The painted buffer transitions to a physical buffer as the bus lane narrows.

Due to the high pedestrian activity in the area, there is a bike only stop sign at the end of the protected section of Sanford.  Keep alert to pedestrians! And at least this is on a downhill so starting up won’t be too difficult.  Also note the median island to provide a solid buffer between bus and bike: 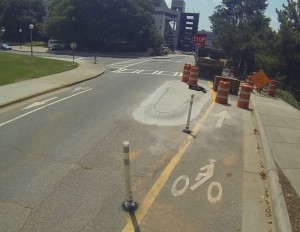 We are so excited to see this type of infrastructure in Athens!  We can’t wait to see where green-lanes, bike boxes, and physical buffers are installed next!