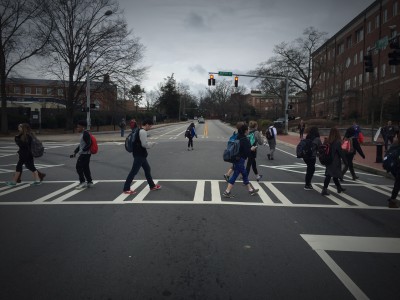 Yesterday, we posted a few photos of recent ACC transportation improvements.  The pictures generated good discussion, and in response, we thought we should dive a little deeper and provide more information on how the new improvements—the “barnes dance crossing” at Baxter and Lumpkin and the GREEN Lane in front of the Tate Center—work.

Traveling down Lumpkin, headed towards downtown, you’ll now see a bright stripe of green paint near the bottom of the hill, with blocks of green extending through the intersection.  Legally, the green bike lane has no effect.  People on bike still have the right of away when traveling straight through an intersection. That is, turning cars must yield, same as every other bike-lane / intersection crossing. Also, in this case, green does not mean go. Bike must still obey traffic lights, regardless the color of the bike lane. 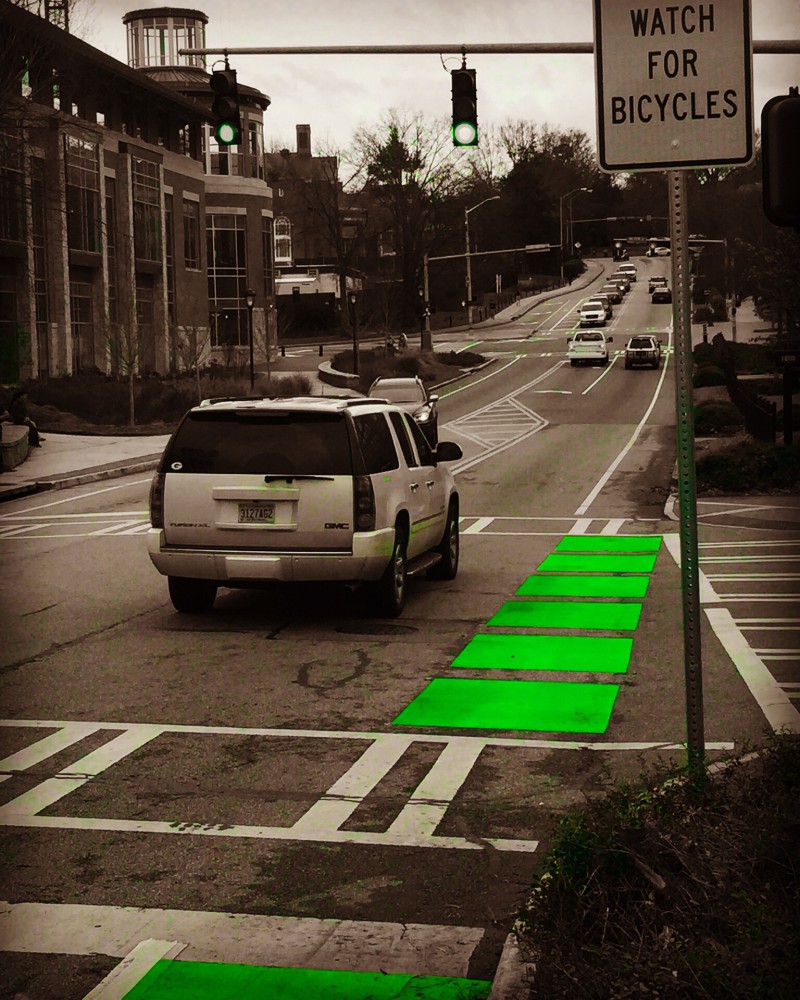 While the green lane does not grant extra legal protection to people on bike, the high-viz matierial does make the bike lane much more visible, especially in the “conflict zone” where cars turn.  As such, we expect the the green lane will make drivers more aware of bikes and more alert to our presence.  Of course, it is also a reminder that when you ride, be alert that drivers may turn suddenly in front of you, mistakenly thinking they have passed you!  So be alert and be ready to brake! This especially true at this intersection, where due to the steep hill, bikes and cars are traveling at similar speed.

Allowing people to cross on the diagonals of an intersection (X) is called many names—a pedestrian scramble, pedestrian ramble, an X-crossing—but we (and others) prefer Barnes Dance.  The intersection design works through signal timing.  Traditionally, on the green signal phase, people walking in the parallel direction to car traffic receive the WALK symbol.  When the light changes, the other direction receives the WALK.  As a result, crossing to the diagonal corner requires you wait for 2 light phases: cross 1 street. Wait. Cross the 2nd.

With no cars allowed in the intersection, you can safely cross the X

The Barnes Dance facilitates a one phase, diagonal cross by giving total priority to people on foot, then giving total priority to cars.  On the WALK phase, you can cross on the diagonal or on the traditional legs of an intersection.  All car traffic is held on red—no turning allowed!  Then the cars receive a GREEN phase, during which all foot traffic is held, no crossing allowed.  While Barnes Dance does introduce some delay if you are navigating the intersection in car (don’t be sad—you’ve got the radio, heat or AC, maybe even a DVD!), it creates a safer intersection by eliminating all conflicts between cars and people.  The intersection constantly switches from exclusive foot-crossings, to exclusive car movement. And that’s how you barnes dance! 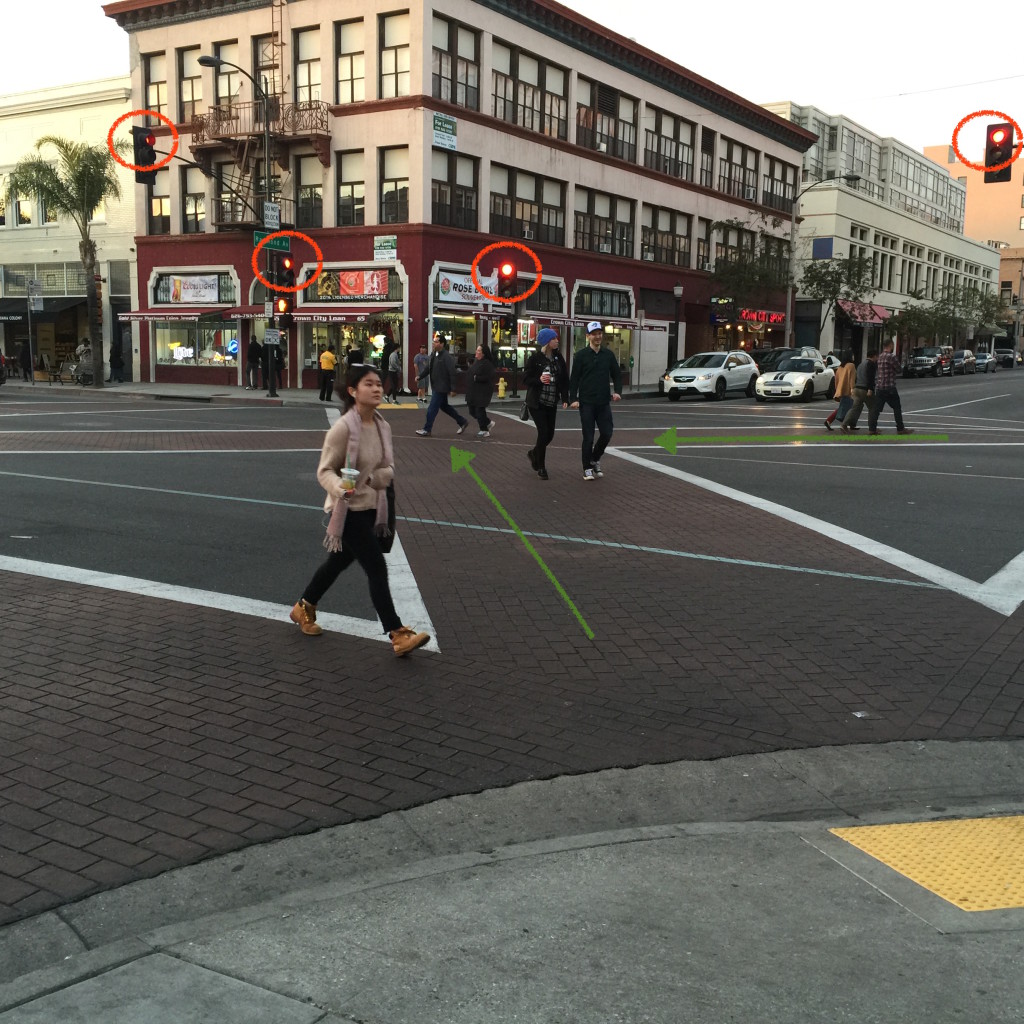 (Pasadena) With all the lights RED, people can cross on the X or on the []